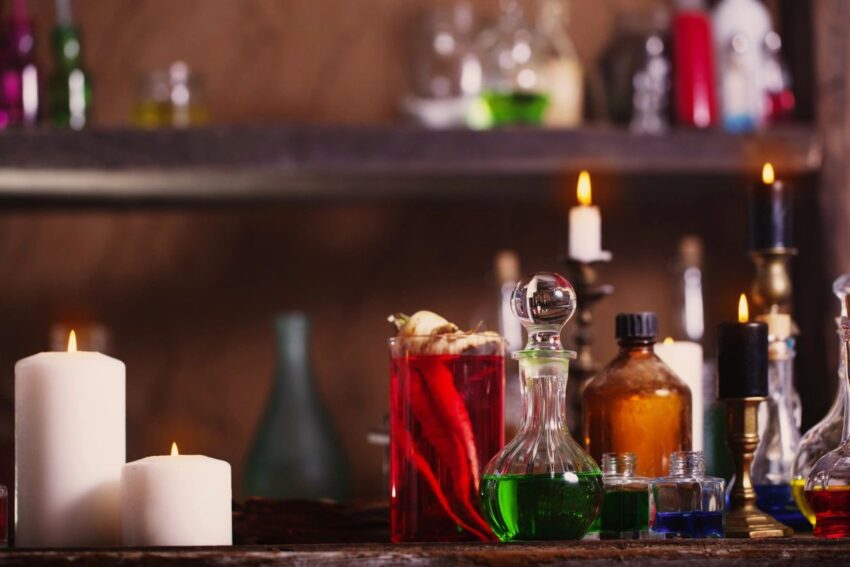 I love all kinds of cozies, but ones involving witches of any kind catch my eye all the time. Whether they cast spells, have other special powers, or even just have magical animal helpers.

I say, “just” as if having a magical animal helper is something we see every day. Well, a girl can dream, can’t she? 🙂

Here is a rundown of just some of my favorites – highlighting the kind of magic you’ll encounter in the books.

Witches Who Have Spell-Casting Powers

Wishcraft Mysteries by Heather Blake: This series takes place in the Enchanted Village in Salem, Massachusetts. What is unique about this series is that the magical beings in the village all have magical powers I don’t come across often in paranormal cozies. Darcy Merriweather, for example, has the ability to grant wishes (just not for herself). The rest are best left to discover for yourself.

Witchcraft Mysteries by Juliet Blackwell: Lily Ivory is a natural witch who runs a vintage clothing store in San Francisco, and has a very funny familiar named Oscar. A woman who shares space in her store is a witch belonging to a local coven. A well-done, all-around great series.

Witch P.I. Mysteries by Adele Abbott: Jill Gooder works as a P.I. by day but is training her magic to progress in levels. She loves custard creams and every time I read one of these books I end up on a month-long biscuit/cookie bender. Her cat is hilarious, as is her secretary Mrs. V, and her family. I especially love her grandmother. This author loves puns and other humor. The books are all about 200 pages and seem to come out every two months.

Witchless in Seattle by Dakota Cassidy: Stevie Cartwright was a full-blown witch who got kicked out of her Texas coven. The series starts with her realizing she has the ability to speak to Winterbottom, a former British Spy who is currently in the afterlife. Belfry is her adorable bat familiar. I’ve lost count of how many times Belfry made me laugh out loud. If you enjoy a bit of romance with your cozies, this one will have you rooting Stevie and Winterbottom on, to, hopefully, one day get together in the physical world.

Paramour Bay mysteries by Kennedy Layne: Raven Marigold discovers she is a bona fide witch after she inherits her grandmother’s tea shop. Mr. Leo is her cat familiar and mentor. His looks leave a bit to be desired due to a spell-casting mishap. The books are short, sweet, and entertaining.

Witches Who Have Powers with Potions

Magic Potion Mysteries by Heather Blake: Carly Bell Hartwell is a potion brewer whose family practices hoodoo. My favorite parts involved Carly and her sister Delia’s relationship, but their whole family and the town of Hitching Post are full of interesting and fun characters. The only “bad” thing I can say about the series is that it is only three books long 🙂

Witches Who Use Their Powers to Bake

Magical Bakery Mysteries by Bailey Cates: Katie Lightfoot and her aunt Lucy both have the ability to infuse food with their intentions. The series is set in Savannah and is full of charm. The stories are heart-warming and full of nice characters. Except those who get themselves killed, of course.

Charmed Pie Shoppe Mysteries by Ellery Adams: Ella Mae LaFaye is another Georgian baker who specializes in enchanted pies. This series has great mysteries but it also has more world-building than most of the others I have read. The rivalries run deep in Havenwood and the stakes are high.

Witch City Mysteries by Carol J. Perry: Lee Barrett lives in Salem. She’s a psychic who starts the series as a field reporter. Her bestie is a Tarot reader and her cat O’Ryan is clairvoyant. Lee’s aunt Libby isn’t a witch but she is a librarian. And we all know librarians have their own special superpowers.

2 thoughts on “Cozy Witches to Enjoy for Halloween”